The Fall of the Dungeon Guardians Reviews & Gameplay Images

Rating: 79/100
If you want Legend of Grimrock, but with better combat (much more tactical) and less annoying puzzles, this is the game for you.

Rating: 70/100
It's a pretty solid dungeon crawler, and it's well thought out to capture a large audience. Beginners in the genre, such as myself, will find an extensive tutorial and pick a easy level of difficulty, allowing them to get going without frustration, while seasoned players can skip the tutorial and choose a much harder level (there are 6 level of difficulty if I remember correctly).

Of course you'll find most of the genre's commonplaces right there as you expect them - from the visual style to the types of objects, the gameplay mechanics, etc. This has caused some people to blame the lack of originality, but at the same time, had the game departed too much from these standards, people would have complained about it (or simply been turned away) as well. So I think the developer made the right choices.

All in all, a solid recommendation if you're attracted to dungeon crawlers, whether or not you're skillful at them.


Rating: 80/100
Very nice combat focussed dungeon crawler. Nothing flashy, but very well made. The combat mechanics are especially good - deep, yet easy to learn. Navigating through the levels can take a bit of perseverance, but the puzzles are much less pesky than Grimrock. Would have been awesome with voice acting, but still strongly recommended if you like the old school.

Great game that takes me back to my 'Eye Of The Beholder' days. Quite challenging even with the pause option.

Only con for me are items and some pressure pads are very hard to see. Developer has since added sparkle to dropped items, but it wasn't these items as such, it was items already on the ground hidden in corners I have trouble seeing. But that's half the fun right? Why have everything handed to you on a plate? I'm 6 hours in and only on Level 2. I can see this lasting me quite some time. Money well spent and kudos to the developer. 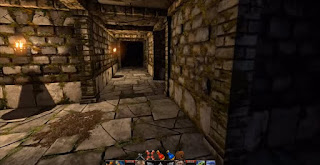 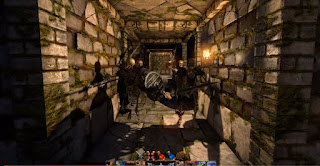