Tom Clancy is turning in his grave. I'm not sure who took over when Tom Clancy passed away but they are doing an awful job trying to cash in on the legendary writers name. Tom always wanted his name to represent quality and that is why Rainbow Six was always known as a special forces simulator. Every time I played it since childhood I had a blast. Rainbow six is the sole reason that fueled my interest in military life and eventually led me to serve my country.

-The is probably the biggest disappointment of the year for me and probably any fan of the franchise. No single player?! What? Rainbow six always had an amazing single player experience, multiplayer was just an addition. This is by far the biggest negative the game has.

-The game plays like a mix of call of duty and battlefield, this is not a good thing because Rainbow six was always unique in it's own style. It was the arma or flashpoint of special forces. Not a generic shooter.

-The AI is stupid. I haven't seen such useless AI in years, I didn't even think it was possible for developers take so many steps backwards in coding the AI, but rainbow six siege just proves it.
At one moment I was on one side of the room looking at an open door, I see an AI run up and hide beside the door entrance with his arm sticking out in my view. I just pistol his arm till he died. Then a second AI ran up and I did the same.

-The game is a borefest. Like I said it feels like a generic shooter mixed with call of duty. I already played black ops 3 and it was crap, why would I want to play another call of duty type game this year.

-Absolutely no incentive to work as a team. In Rainbow six it was a blast working as a team.

-The levels are boring. Anyone remember Rainbox six vegas? It looked amazing at the time, the attention to detail was phenomenal. Remember looking out the window from the casino beyond the city scape and seeing little cars driving on the road in the distance? Well In siege you won't find that. The maps are boring and bland.

-Destructibility is nothing new, just generally under utilized by game developers because they are lazy. Anyone remember red faction?

-The rifle and pistol sounds, very unrealistic. As someone who has spent a lot of time at the range I can tell you this game actually has worse sounds than call of duty.

All in all, I feel bad that Tom Clancy's name is smeared in this trash game. Please don't buy this just to show them we want a real rainbow six game and not call of duty.

-Unless you are playing near UBI server, you will get 300++ ping whenever matchmaking.
-You must BUY another CHARACTER, you can't choose whenever you want. So if you don't have any money, you must grind it with recruit character... sounds stupid for a FPS non RPG game
-It will full with Cheaters... it will...
-After lot of betas, close beta, open beta... still there is a lag and bugs everywhere

-It needs a great teamwork every single game, you can't just yolo.
And for teamwork it means you need another friend to buy this expensive game.

Good game, it focuses more on team play and strategy rather than reflex like COD and CS: GO

all Ubi needs now is to fix some connection problems that still exist, with the bug, and it's golden

and if you are using a mic, do not play music in the background while playin, you.

Was SO excited to see Tom Clancy's name get thrown on something else he had absolutely nothing to do with. This one has absolutely zero story so I am sure that must have been his easiest novel yet.

After rainbowfive, I was excited. I was hoping for the return of the monkey from the arctic island to finally reveal his secret lover from Detroit, who looks like an average person from Detroit would look like but with a sand blaster as a head. Also I was really hoping to see rapper "young thug" in his portrayal of a fish that looks like it was stepped on, but I guess he had more important things to do.

Sadly, rainbow five was much better.

In this one you play as a man who shoots another guy in a multiplayer lobby. Funny, I seem to remember this story from every other multiplayer game. What a brilliant idea!

Save you money and go get Rainbowfive, which is at least....FIVE times better.

Also there is a cheat code to play King of the monsters on the super Nintendo, which is about 20 trillion times better than this. 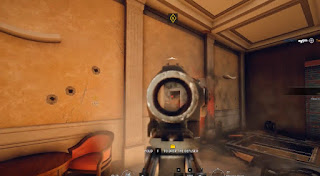 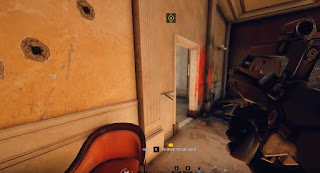 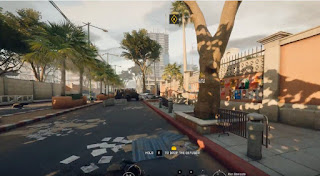