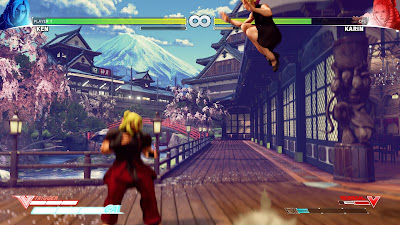 You gain a lot here. There are a lot of cut scenes that you can escape (don’t, there’s some fun stuff in there). After you’ve completed the first story (there are some fights in there) you get 30,000 FM, but that’s for once, you can’t re-complete it and get money again.

Once you’ve done with the first story you get an opportunity to play one on the Extra difficulty - it’s basically identical, but the fights are harder than in the previous story. Completing the Cinematic story on extra brings you 50,000 FM, also once.


First Things First - raise the character’s level
Basically, this thing is kind of automatic and independent. You just gotta play and eventually, when one of your characters gets a level up you get 1000 Fight Money. That’s not bad in comparison with other ways to earn money.

Here’s one of the profitable ways. As you might know, every character has a history that has 2 or 3 fights to complete. To find the Character Story mode go to the menu, find the Story option and look down. Hit the Character story to complete each characters’ story. Each one is worth 10,000 FM.

There are way easier than all above, you don’t even have to fight. You just have to watch them and scroll to the next video. There are four stages - Beginner, Intermediate, Advanced and Character Specific. The first three will provide you 1000 each and 3000 FM in sum. The Character Specific are more generous - you get 1500 FM and a few character points.
Email ThisBlogThis!Share to TwitterShare to Facebook