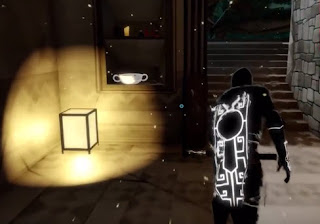 Aragami is the only game to date that let me feel like the original Assassins Creed, but better.

This game is really really good, as of the writing of this review it just launched with some funny store fails and it crashed on me quiting once but that can be overseen regarding what this game offers.

Graphics:
I just love the style. Well done models, sometimes you do get a wierd animation with the raven or killing enemies that have just seen you but overall it looks just awsome. The 'visions' have an interessting art style but the rest is great, and you dont spend to much time in visions.

Gameplay:
Features not really that many ways to really choose from which to play (akward sentence), but it has just so massive (for its size and gameplay) maps that you can really choose when to do what and as we all know 2 to the power of increasing numbers gets greater really fast, its like this in the game. An cool skill set from which too use, nice upgrades and arts to learn combined with the really big maps and freedom of choice you get makes for an stunningly good gameplay.
As I said it reminded me of Assassins Creed. The best of them, the original #1. Although it might be that this game takes away Assassins Creed's #1 place in my stealth games list.

I might add some more Info later when I've played a little bit more, just wanted to do a quick review so you can start playing right away.

PS: Also has multiplayer, haven't tested it but if it works that would be the one thing AC missed the most, then it'd be the best stealth game I know.
Rating: 70/100