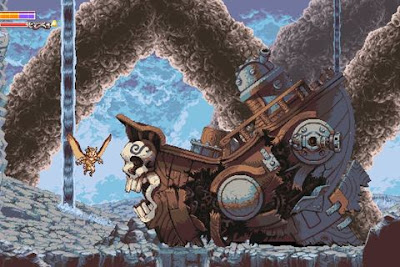 100 - Owlboy Review | HardcoreGamer
Aside from just being one of the best indie platformers or retro throwbacks in recent memory, it’s easily just one of this year’s best games, period. Aside from playing like a dream and having flight-based gameplay that’s an absolute delight, it evokes the old quote of “You’ll laugh, you’ll cry” through an absolutely astounding and moving story with several lovable characters and a fascinating world to discover.
Read full review


90 - Owlboy Review | The Outerhaven
There’s usually something to say, mostly negative, when it comes to games that miss their release date by a few years. While gamers are fine with a few weeks, to a few months for a delay, for a game to get delayed by years can typically mean one thing – it’s either vaporware of the development cycle is in development hell.
Read full review

90 - Owlboy Review | WGTC
D-Pad Studio’s latest release marks the end of one of the longest development cycles in indie game history. Owlboy has been in development since 2007, with frequent retoolings based on feedback and the team taking a break to work on 2013’s Savant – Ascent being the causes for its lengthy wait.
Read full review


90 - Owlboy Review | Stevivor
Paired with a well-written story and varied soundtrack, Owlboy does something that a lot of pixel-art games don’t – it elevates the medium from the bare requirements.
Read full story

90 - Owlboy Review | Metro GameCentral
A superbly crafted 2D adventure that is a near perfect blend of new and old influences, in terms of both gameplay and the stunning visuals and music.
Read full review

90 - Owlboy Review | GamingTrend
Owlboy was an incredible experience in every sense. Visually and audibly, it was a masterpiece. The characters were lovable, especially the protagonist, Otus. The story was compelling, and each new chapter gave something new and challenging to the players. D-Pad Studio clearly put a lot of love into this game and it paid off immensely.
Read full review

90 - Owlboy Review | The Jimquisition
Owlboy may have a few annoying navigational hangups, but none are enough to counter the overwhelming magic of the adventure at hand. Beautiful in both a visual and aural sense, littered with lovely characters, and home to a number of jawdropping combat encounters, Owlboy is a game almost ten years in the making that doesn’t show a trace of development hell.
Read full review

80 - Owlboy Review | Polygon
I can lean back and pick out plenty of things about Owlboy that frustrated me, but its failings shrink in the face of its triumphs. I have no excess of affection for the 16-bit genre retreads but even as Owlboy lacks the tightness or consistency of many of the games it sits alongside, it’s far more approachable, far more endearing, and far more unique.
Read full review
Email ThisBlogThis!Share to TwitterShare to Facebook