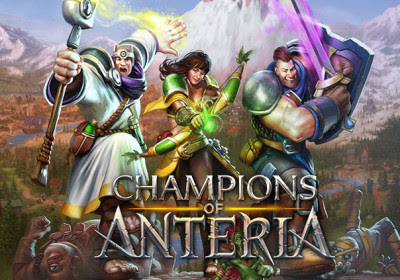 Review: I tried this game so far only for 4 hours, passed the tutorial and started expanding my village and in nearby territories and from my first impression I would recommend this game. As the description goes it's an action game with a big component of strategy and character building.

Therefore it's a mixture of different genres, but does it excel in all those? No, absolutely not. Does it mix them nicely? I believe so, so let’s analyze the different components of this game:
You have a group of heroes, in time you expand your roster and you have always to choose between 3 of them for each mission. Every other hero’s level you can choose between two different skills per hero, forcing you to try to specialize your heroes so they complement each other. In theory a good idea, but then each hero has also an element associated to them in a sort of paper-rock-scissors with 5 elements that makes some heroes especially vulnerable in certain levels (for example a nature hero would be weaker in a level with many metal enemies). Some may argue this is part of the strategy. Would you have only one support guy risking to not use him/her in certain battles and have an unbalanced party without weaknesses or bring him along and acknowledge he/she could be your weak spot? Others may argue that this approach seems “forcing” some tactical aspect in a combat that is not otherwise rich of many options.
The combat is real-time with pause and the ability to input a sequence of commands. For the most part this works, but certain abilities require to write trajectories and by the time the character is in position the enemies moved and the character will faithfully execute your commands even if the enemies are not there anymore, therefore forcing to pause the game before that action is executed and change trajectory before the ability is used and becomes unavailable for X seconds. So far the fights have been challenging but not difficult, I’m at the first fights and can’t afford to kill everything that moves having to choose where to put my efforts or risk to obtain a too expensive victory (or worse). During combat is also possible to use potions and objects that work mostly as missile devices doing certain damage depending on the type (remember the 5 elements circle?).

The last component is the character building that is intertwined with the village building. Each turn you obtain a certain amount of resources depending on the buildings built in your village or in the map and the territories conquered. One of these resources is “Renown” that allows you to unlock either new buildings or new plans for new armor, new devices, new potions, etc. When you spend enough renown you unlock new areas of the village and every few milestones you unlock a new level for all your characters. The good aspect is that all your heroes level up at the same time. In theory they could level up also if you don’t do anything for few turns (but your enemies can attack you or keep expanding in the map). The other side of the coin is that there’s not much interest in levelling up the heroes as you can only choose one skill out of two and after actions that do not strictly depend on how good you performed in a battle (getting most territories with renown will allow you to advance faster, but then you’ll not have enough coins or other resources to buy better equipment, so really, your choice).
All in all I recommend this game, a fresh approach on the genre with few things not seen at the same time on titles on this type (but not necessarily new). I didn’t try the demo as I trust BlueByte since the time of The Settlers, but I expect it to give a rough idea of how the game is and if you would like it. I was interested after playing for 2 hours, tutorial included (I believe Steam policy is less than 2 hours? That and the demo should give you a good idea). The humorous dialogues (definitely not a game that pretends to be serious) add a nice touch to the game and the graphics are really pleasant reminding me Settlers 7.
Rating: 60/100
Download Game Trainer
Functions: 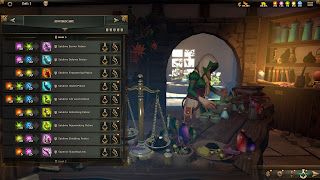