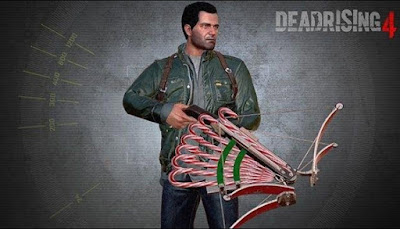 
70/100, maybe 80. Addicting exploration, but overall this game is lacking in substance that I have come to expect from the Dead Rising franchise. For whatever reason the following things have been removed from the game, Psycho's have been removed completely. This is where most of the humor and diversity took place in these games, now without it, all you do is kill the same enemies over and over. Weapon variety has also been diminished, the overall quality is substandard as well. I ended up using the same weapons over and over, because the bulk of the weapons are either overpowered or just plain stupid. They also basically give away all of the combo weapons once you establish a base. This takes away some of the excitement and desire to explore since you know what awaits. They also removed the personalities of the survivors you rescue, they all look the same with a different hair color. Once you rescue them, they have no use. There is no real antagonist, meaning the enemy is faceless, you don't know who you are fighting. Again, taking away the fun and substance from the game. Technically this is the best running Dead Rising yet, few visual hiccups and loading screens. The multiplayer is garbage, and its tacked on. Absolutely no reason to play online unless you have a bunch on friends. This game doesn't evolve much over the hours you play it, doesn't add anything of value from previous years and I struggle to figure out what they were aiming to accomplish from removing Psychos, side missions and survivors. 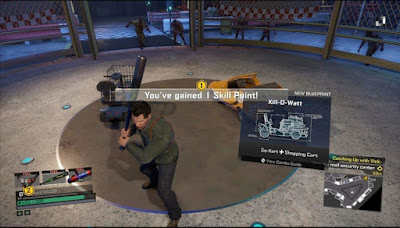